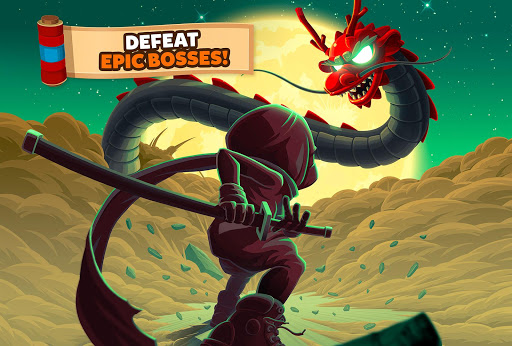 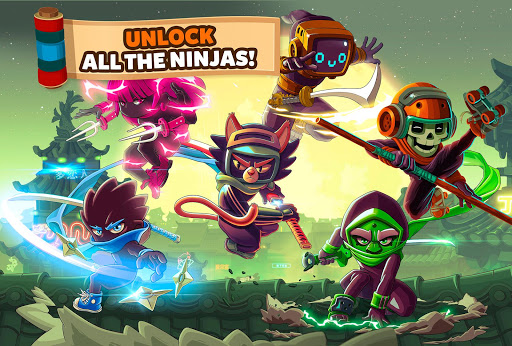 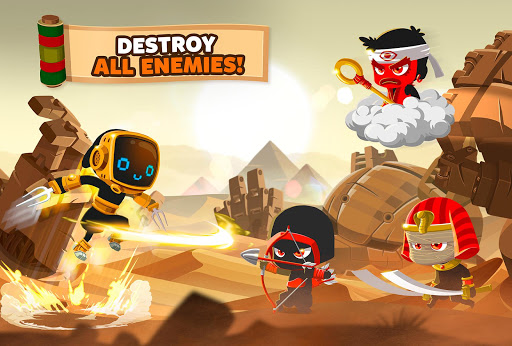 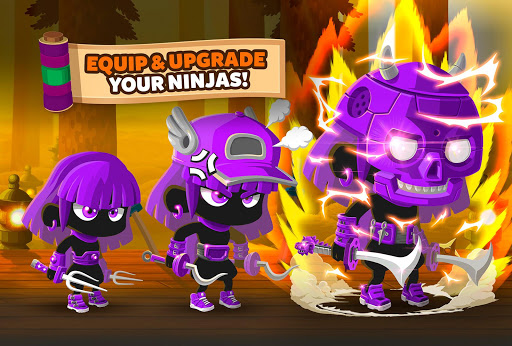 Ninja Dash Run – Epic Arcade Offline Games 2021 is a marvel time killer experience with amazing anime graphics, you only have to tap and swipe to kill your demons enemies while you run and jump for you life. Become the best ninja dash warrior in this epic arcade japanese adventure. A perfect time killer adventure for your device.

HOW TO PLAY
– Tap screen on the left side to perform a dash double jump to avoid enemy attacks.
– Tapping on the right side of the screen will make your Ninja dash character attack the enemies.
– Perform powerful dash combos, collect coins and gems to upgrade your ninja ronin.

You can play offline! That makes Ninja Dash Run – Epic Arcade Offline Games 2020 a perfect time killer app for your phone or tablet.

The sushi is the real deal! Your mission is to recover it by fighting epic demon in this run arcade jump adventure. Jump over your enemies, train your epic shinobi warrior in the Japanese Sensei’s Dojo and be an unstoppable Ninja Ronin in this epic run arcade offline game, the greatest time killer adventure 2021.

Ninja Dash Run – Epic Arcade Offline Games 2021 is a perfect time killer adventure with a ninja japanese theme.
The mission is to kill as many japanese demons as you can with your epic ninja dash character, destroy demon bosses that comes in your way.

The japanese adventure to become a warrior is not only running & smashing demons by jumping over the rooftops. During this “time killer” adventure you will face different challenges:

– NINJA REVENGE: Chop all the demons shadows, gain experience to level up your epic ninja warrior!
– STEAM BOMB: Transform yourself into a flying bird and escape from all the demons by jumping and dashing through this japanese adventure!
– NINJA SHOWDOWN: Try to survive the horde of demons, this is a non stop time killer japanese adventure! An infinite battle in an endless ninja run and jump arcade game with a runner mode where your katana will be your friend in the best ninja run & jump game!
– EPIC BOSS BATTLE: Fight and complete all the arcade missions and start the samurai siege against the Shogun castle! Run fast like a ninja bird!

A lot of COOL CHALLENGES and EPIC FUN are waiting for you in one of the BEST ARCADE games of 2020, the best 2021 ONLINE & OFFLINE GAME.

A 2021 Ninja Dash Japanese classic with Jump and Run arcade gameplay has come. An easy control system that brings you an addictive Hack and Slash ninja run time killer japanese adventure, remember it can be an offline game.

Leave the japanese dojo, gain rewards and get resources for crafting new weapons and assassin armours. Any ninja master must wear the best outfit! Be a japanese warrior! Get the ultimate arcade blazing sword or epic sais and level up to increase their damage power. Collect the region relics and gather the ultimate gears. Customize and upgrade your ninja run shadow with helmets, armours, bracelets and other japanese items in this epic arcade offline game!

Ninja Dash Run – Epic Arcade Offline Games 2021 is a free to play run and jump arcade game but it contains items that can be purchased for real money.

Let us know what you think of the best ninja run and jump arcade game! Do you like sushi adventure? Need Technical Support? Contact us: support@vivastudios.com

- We have improved the overall performance of the game.